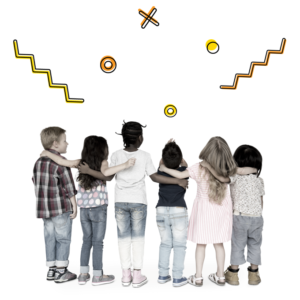 Within the last fifteen years, there has been a wealth of research suggesting that relationship building plays a hugely positive role in students’ social, emotional, behavioral, and academic outcomes. This study aimed to document specific strategies that educators in schools with a low rate of student suspension utilize in order to build relationships with students and families.

In total, there were 198 educators from 33 schools within the Denver Public School system (DPS) that participated. DPS is a largely diverse urban school district with over 100,000 students in 200+ schools. These schools were all purposely selected due to their advancement of district reform that was created to lower suspension rates for their students.

For this qualitative study, researchers conducted individual interviews with an administrator, such as a principal or dean, and then a separate focus group with several key personnel from the school, such as a lead teacher, school social worker, restorative justice coordinator, etc. In these interviews, participants were asked about the specifics of their school’s discipline policies, any sorts of prevention and intervention programs in place, hiring practices, staffing structures, and professional development approaches.

Across all of the schools, participants reported that building authentic relationships between the school’s staff, their students, and the students’ families is the key strategy towards reducing a school’s reliance on suspension as a discipline practice. Examples of successful relationship building techniques district-wide included: making home visits to students, calling parents’ when their child has done something positive (as opposed to solely negative phone calls home), morning check-ins with their students, staff being visible both in school and at school events, as well as personal greetings to their students. 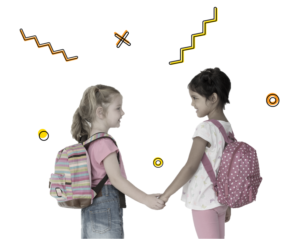 This case study is about a school that took an easy, cost-effective component of restorative discipline (known as sharing circles) and successfully applied it to an entire school district.

Sharing circles have roots in Indigenous communities, including the First Nation peoples of Canada and Native American tribes. Its basic premise is that a person’s behavior, character, and socio-emotional competence are improved when they feel connected to and supported by an inclusive community. Sharing circles are also a large part of restorative justice in a disciplinary setting. When Illinois-based social workers noticed the effectiveness of this sharing technique within the Evanston Police Department, the Evanston Police Department Youth Services Bureau decided to partner with School District 65 in order to introduce restorative justice principles and practices to their local school district.

The district recruited community volunteers to help lead sharing circles through a ten-week program. Volunteers were trained on the philosophy behind restorative justice and circle facilitation, along with age-appropriate guidelines and discussion topics. Participants sat in a circle to illustrate the equality, transparency, and joint ownership of the group process. A “talking piece” was sent around the circle as a way to represent the right to speak and the duty for others to listen with self-control, honesty, openness, and respect.

The author of this study was also a sharing circle facilitator, and she illustrated several stories from different students. Several of these students expressed that the program helped them discover their voices and learn to self-advocate in a dignified way that their teachers had previously not seen. By implementing sharing circles with the help of the community, this became an effective tactic to demonstrate the benefits of restorative practices more generally to educators, parents, and students. In turn, this led to an overall increase in the school district’s commitment to financially supporting future restorative programming practices. 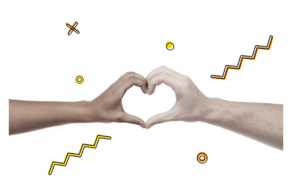 Nowadays, education is no longer simply about academics. Many schools across the country have developed more holistic approaches to learning that include kindness, collaboration, empathy, and respect. In order to learn these social and emotional skills, some schools have begun implementing restorative practices into their lesson plans as a more inclusive way to address problems when they arise.

Since the study of restorative practices in schools is still relatively new, these researchers wanted to learn more about whether or not students’ and teachers’ felt that restorative practices had been helpful in their schools. A total of six ethnically diverse schools from Melbourne Australia were recruited for this study, which included three primary (ages 3-12) and three secondary (ages 12-18) schools. All six of the schools had already been implementing restorative discipline practices in their curricula for at least five years prior to the study.

After coding the interviews, researchers found that both teachers and students could distill the benefits of a restorative practice approach down into several key forms of social skills and behavioral improvement. These included feeling Harmony (both personal and being part of a more harmonious environment), Empathy for others, Awareness and accountability of one’s own actions, Respectful relationships, and Thinking in a reflective way. Put together, these key themes spell “heart”; a useful acronym to be used across all age groups. H.E.A.R.T.’s ultimate message is meant to depict the importance of restorative practices from the students and teachers who use them daily.