How to Make Effective Cultural Adaptations to Evidence-based Interventions

What is the need?

Historically, social workers have been at the forefront of serving individuals and families impacted by adversity and inequalities. However, low-income ethnic minority populations in the United States continue to experience widespread mental health disparities. A key approach to addressing these disparities is culturally adapting efficacious interventions that have been shown to work, but remain in need of cultural refinement. 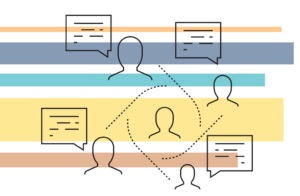 Essentially, cultural adaptation refers “to the systematic modification of an evidence-based treatment (EBT) or intervention protocol to consider language, culture, and context in such a way that is compatible with the clients’ cultural patterns, meaning, and values.” Culturally adapting an evidence-based intervention maintains the essential components of an intervention, while amending or including cultural references to increase relevance and engagement for a particular population being served. Researchers have evaluated the overall success of cultural adaptations by studying the impact of several cultural adapted interventions in studies, a line of scientific inquiry known as meta-analysis. As a result, these studies have provided conclusive empirical evidence indicating that culturally adapted interventions can be effective in reducing risk factors among vulnerable populations, as well as strengthening protective factors.

How should cultural adaptations be conducted?

There are several models of cultural adaptation that are useful. In our own work, we have modified interventions by following the guidelines of a well-defined cultural adaptation framework, known as the Ecological Validity Model (EVM). More specifically, the EVM specifies the need to conduct content and intervention delivery adaptations by considering the following cultural dimensions: (a) language, (b) persons, (c) metaphors, (d) content, (e) concepts, (f ) goals, (g) methods and (h) context. In order to accurately understand the specific cultural dimensions of an under-served population, we use Community-Based Participatory Research (CBPR) principles. These principles serve as a way to co-implement the process of adaptation with active participation of local community leaders, stakeholders and the ultimate beneficiaries of interventions.

To illustrate this process, we will briefly describe a recent project to culturally adapt and empirically test an established parenting intervention for low-income Latino/a immigrants. Using CBPR methods, we first held several meetings with leaders from local mental health agencies, community organizations and churches to learn about their perspectives. After that, we conducted a qualitative study with 83 Latino/a immigrant parents to learn in depth about their aspirations as parents as well as challenges.

Based on the findings from this study, we learned that many Latino/a immigrant parents in the area were raised in adverse contexts in their countries of origin and were often exposed to harsh and neglectful parenting as children. Participants also provided detailed descriptions of the contextual challenges they experience as immigrants in the U.S. such as long working hours, language barriers and racial/ethnic discrimination. Finally, parents identified their most pressing parenting needs, such as their desire to instill cultural values in their children, while utilizing safe and non-punitive parenting practices. 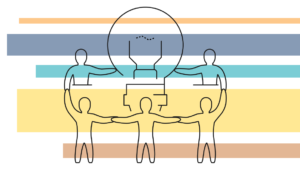 Informed by this knowledge, we adapted the parenting intervention curriculum and conducted a randomized controlled trial to measure the impact of exposing caregivers of young children to a parenting intervention in which cultural issues, as well as contextual challenges such as discrimination, were overtly addressed. According to study findings, when compared to a wait-list control group, the culturally adapted version of the original parenting intervention known as GenerationPMTO©, was effective not only in improving parenting outcomes and child behaviors, but also in reducing immigration-related stress among families. Most recently, we completed another related study and obtained similar outcomes with a sample of Latino/a immigrant families with adolescent children.

Final reflections and implications for practice

Even though some evidence-based interventions were not originally developed with sufficient inclusion of minority populations, cultural adaptation research indicates that many of these interventions can have a positive impact with low-income minorities if they are culturally adapted to increase cultural and contextual relevance. Ultimately, culturally adapted interventions are likely to be effective if: a) the intervention being adapted has a robust empirical base demonstrating its efficacy and b) the cultural adaptation process involves active co-leadership with target communities, as well as precise feedback by the ultimate beneficiaries of adapted interventions. The challenge now remains to duplicate these lines of applied research and service delivery to under-served communities across the U.S. and abroad.