Home » About Us » Blogs » Latest Research in School Social Work

Check out these short research summaries + learn their implications for practice! 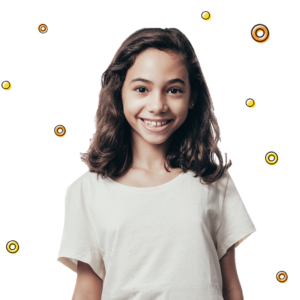 In 2010, researchers published an article in Families in Society about the observed effectiveness of solution-focused brief therapy (SFBT). Several of the researchers from the original study reconnected 10 years later to provide an update on the evidence-based status of SFBT as this treatment has become more widely used.

Solution-focused brief therapy evolved from family therapy models led by social workers, and continues to be widely taught and used in social work practice.The SFBT’s core therapeutic process works to highlight the strengths of the client, establishes a cooperative helping relationship, and strives to set collaborative goals with clients to help them build their own solutions.

Furthermore, it’s a method of therapy used in school settings by school social workers. Dr. Cynthia Franklin, one of the publication’s researchers and a founding member of The Texas Social Social Work Network, implemented the first U.S. school-wide solution-focused approach to helping at-risk students at Garza High School in Austin, Texas. Seventeen years later, this school has become a model alternative program that demonstrates the feasibility and effectiveness of SFBT.

Researchers from this study conducted eight meta-analyses to test the effectiveness and analyze the growing evidence behind SFBT for treating anxiety, stress, depression, behavior problems, and social and interpersonal difficulties. Among these randomized-control studies, the researchers found SFBT to be a valuable intervention across many study sample populations including families, children, adolescents, and adults, in addition to diverse nationalities such as Chinese, Korean, North American, Europeans, Latino and African Americans. This suggests that SFBT is a tool that can be used in various countries with more clientele as it becomes widely accessible on a global scale. Researchers suggest that future studies scale up to include larger clinical trials, which has already begun to happen in studies conducted within child welfare and criminal justice, but needs to extend to other areas where SFBT has shown effectiveness.

The 21st century marked a change from “zero tolerance” policies– known for exclusionary and punitive measures– towards a focused effort to improve school climates with preventative measures. These changes involve a shift towards restorative practices and a greater emphasis on Social and Emotional Learning (SEL).

The overarching finding from this study was that the success of the restorative practice implementation depended on teachers’ and students’ relationships with each other, the teachers’ familiarity with implementation, and the level of support they received for doing so. Researchers also found that there was a noticeable gap in teachers’ ability to fully implement community-building circles because of a lack of training and constraints associated with their role as teachers.

Teachers often described the circles as unique shared learning experiences to build trust and a capacity for growth. Other teachers reported feeling uncomfortable or disjointed in the circles given their lack of formal training on SEL.

The data from this study illustrated that while community-building circles can be transformative spaces for students and teachers, they can also be spaces for marginalization and distrust. Researchers from this study suggest integrating school social workers into teachers’ restorative practices so that social and emotional learning can be more widely supported, along with circle practices that are explicitly antiracist, culturally responsive, and trauma-informed.

Access to mental health services is potentially greater for youth in public school settings when social workers and other healthcare services are more easily integrated into students’ lives. However, teachers typically spend much more time with their students than school mental health service professionals, which makes it imperative to build a collaborative relationship between teachers and school social workers.

This study evaluated different program characteristics of teacher-delivered school-based mental health services and how effective these clinical services were for youth. A meta-analysis was conducted using data from a systematic review of nine electronic databases and 19 intervention websites for studies published from 2000 to 2016 about randomized school interventions with teachers. Researchers were looking to answer the question: what role do teachers have in school-based mental health services?

Based on their findings, researchers concluded that the most effective mental and emotional support services teachers provide to their students at the classroom level is in medium length rather than brief interventions (e.g., 8 weeks of classroom instructions on a certain psycho-educational topic, such as substance use). Group and general mental health interventions, however, were seen as less effective when delivered by teachers. This could be for a variety of reasons, including a lack of formalized mental health training. Researchers suggest that this tier of intervention work may be more effective for school social workers or other mental health professionals. By combining teachers’ abilities to offer medium length interventions with school social workers’ expertise in group and brief interventions, school professionals have the opportunity to collaborate in ways that more fully support the behavioral and emotional needs of their students.