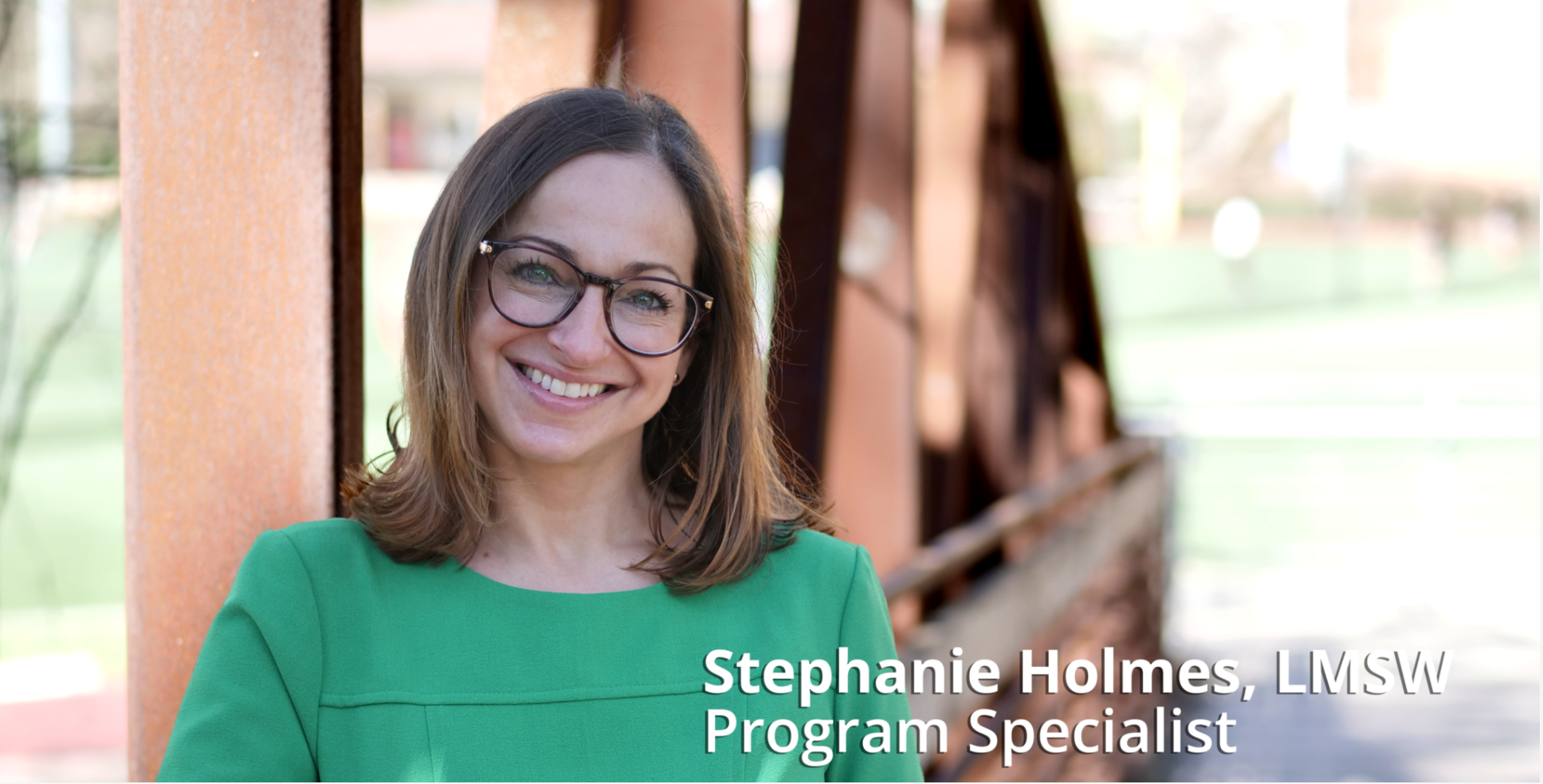 “I couldn’t be prouder to work amongst these scholars and masters of their craft. We are humbly working toward a greater good for children and families involved in circumstances often beyond what’s commonly imaginable. Thanks, TXICFW, for having me along on the journey.”

Stephanie started her career in child welfare in 2003 and has taken a primary focus on adoption, foster care, child placement, and legislative analysis and implementation in the public child welfare system. She has a passion for professional training and development to support the child welfare community in striving for concrete, positive outcomes for children and families. Stephanie spent over a decade serving children and families at the Texas Department of Family and Protective Services where she was ultimately responsible for programmatic development of statewide policy and practice. She spent the early years of her career in direct practice with children and families and later moved toward training and supporting staff, families, and professional child welfare stakeholders throughout Texas. Stephanie brings commitment and passion to improving practices for child and family wellbeing through policy and practice development, training, and community engagement.

Stephanie obtained her Master of Science in Social Work from the University of Texas at Austin in 2009 and earned a Bachelor of Science in Family Studies from Texas Tech University in 2001. While in graduate school at UT, she was part of the Child Welfare Education Collaboration. Prior to her work in the public child welfare system, Stephanie worked for a private child placing agency as well as a non-profit adoption support organization.

Her professional interests include conducting direct research with children and families to transform and create meaningful, systemic policy and practice in child welfare. Stephanie values the inclusion of children and families to build success into the very systems serving them. She is also interested in keeping legislators and public policy leaders informed of best practices in child-welfare so that laws and policies are proposed from an informed lens.