Home » About Us » Blogs » No More Secrecy: Adoptees Have a Right to Their Original Birth Certificates

No More Secrecy: Adoptees Have a Right to Their Original Birth Certificates

As an adoptive mother, I have an extraordinary privilege. I have been chosen by another mother to care for, nurture, and protect her daughter; one of the loves of her life– her flesh, her heart, her last born. It is humbling beyond my capacity to express what it means to me to raise my daughter. We are connected forever in an ongoing embrace which began with her first mother’s trust in me. Thankfully, due to the legacy of open adoption, we do so with full transparency between us, and also with frequent contact, which has been an incredible benefit to all of us.

Relics of a different system

Our experience with open adoption was not available to those in decades past. We are not forced to live behind shrouds of anonymity, nor with the pain of secrets that were once used to supposedly empower adoptive parents, and allegedly to shield birth mothers and adoptees from social shame. Our open adoption has created a form of togetherness and openness incomprehensible to some, but perfectly natural to us. I love my daughter to the depths of my soul, and her family is a part of her. We are one entity, essentially united by her. 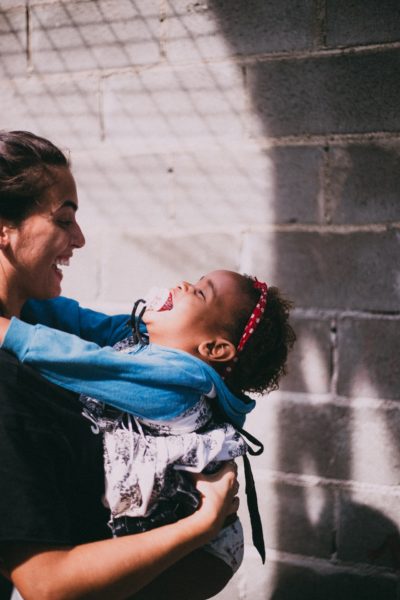 Despite having such an open adoption, we are still also living with the remnants of past adoption practices and our family has an odd relic of closed adoption attached to it. We possess an amended birth certificate, issued to replace the original that was sealed in the court files at the time of our adoption finalization. On this new version, the State of Texas falsely purports as fact that I gave birth to my daughter.

At some point, people thought that erasing one set of parents entirely and reassigning adoptive parents would make it like the adoption never happened. It was thought that this practice would somehow work to the betterment of a child, or be less confusing for society. In 1973, Texas changed its laws and imposed retroactively and prospectively that all original birth records are sealed. Unless they already know the names, exactly as they appear on the birth record, the only way an adult adopted person can potentially access the original birth certificate is by a convoluted petition process that requires multiple steps. Without a guaranteed outcome, nor a defined appeal process, the rights of adult adoptees are thus left to the mercy and whim of the judiciary. With hundreds of judges in 254 Texas counties (more than any other state in the U.S.), it can be harrowing, take years, and end in denial; defeats which can leave individuals and families bereft of facts that are routinely given to those undertaking open adoptions today. It is an inequality that most people are unaware exists.

Sealing birth certificates was also convenient for agencies who didn’t want any of these arrangements to be undone, and therefore exerted pressure of various sorts to keep everyone apart, hiding us from each other in these lies and secrets, leveraging unknowns, using fear to preserve and to conserve power. In so doing, it appears that they also have, unwittingly or intentionally, preserved a barrier that no longer serves the adoptee, if it ever did. Meanwhile, some adoptees and birth parents die before they are able to know their own facts or to verify what became of the children they were unable to raise. It breaks my heart.

The reality is that ALL the parents are real, but rights to name ourselves as such is at the discretion of the court, as are the rights of an adoptee to know the circumstances of their birth. The courts perpetuate a policy that in essence recreates an adoptee on paper, as if they were reinvented on adoption day, concealing the record of their actual birth, rather than allowing it to be an integrated part of the narrative, as part of the paper trail. This fraud creates a potential discontinuity, and a disruption of identity that can have long term complications. The vacuum of closed adoption, where carefully controlled stories, even reinvention of facts tended to overshadow reality, foster fantasies and repress natural curiosities as well as creating difficult loyalty divisions. We live with real people in our midst, not ghosts and not illusory figures who can become larger than life.

It is past time for our laws to catch up with open adoption. Adoption should not be shrouded in shame and fear, and adoptees, like every human, deserve to know their history. If you are interested in helping adult adoptees, there are groups of us seeking to change Texas law. Join us by visiting www.texasadopteerights.org