Home » About Us » Blogs » Development and Preliminary Evaluation of Family Minds: A Mentalization-based Psychoeducation Program for Foster Parents 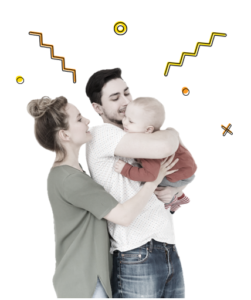 So what makes this experiment different?

Typically, when foster parents receive parenting training, the focus is largely on information sharing or skill building, but rarely (if ever) does such training address the emotional needs that form the basis of the child’s behavior. Displacement and maltreatment both have harmful effects on the developing child’s mind and body, which can result in tremendous amounts of both physical and emotional stress for a child. What’s more— there is often little to no focus on enhancing a parent’s responsiveness, emotional availability, or their capacity to respond to a child through mentalization. Mentalization is also known as reflective functioning, or the ability for a parent to be aware of their own emotions and behavior while allowing for, being open to, and understanding their child’s mental states and behaviors.

Research has previously shown that improving a parent’s understanding of their child will help that child better understand their own psychological experiences while also increasing their ability to express feelings effectively and better control/regulate emotions.

How was this studied?

Between 2011 and 2014, a total of 102 licensed foster parents were recruited from the Central Texas area through private child placing agencies and Child Protective Services. The participants were split almost evenly between an intervention group and a control group by self-selecting their preferred training course.

The comparison group took part in a typical foster parent training session. This meant that participants received a single 4-hour training that consisted of educational material on attachment, trauma, and the behavior of foster children, without any information on mentalization. The intervention group received Family Minds training, which is a short-form mentalizing psychoeducational program that was created by Tina. This intervention takes place during three 3-hour classes spread out over 4-6 weeks. Family Minds was developed and adapted with inspiration from the Mentalization-Based Therapy for Families— a clinical program designed to promote resilience, encourage problem-solving, and build relationships through mentalization. Both types of foster parent training sessions were administered by the same instructor.

…and then what happened?

Additionally, researchers noted that increasing mentalizing capacity in parents corresponded to a lower reported level of perceived parenting stress. Although this could be related to a variety of factors, researchers concluded that this result was most likely linked to two key elements of the intervention:

1) Reflecting on one’s own emotional reactions serves as a way to shut down defensiveness and/or self-protection by eradicating blame and replacing it with curiosity, and

2) Focusing on the potential impact that traumatic experiences may have had on a foster child’s development versus the negative behavior in isolation can help to build empathy.

To address the limitations of this study, researchers suggest further work to explore a larger and randomized controlled trial of foster parents with a long-term follow up to see how mentalizing gains are retained over time, through different cultures and populations.

Overall, this study’s results provided preliminary evidence that psychoeducation on its own can impact parental reflective functioning for foster parents.