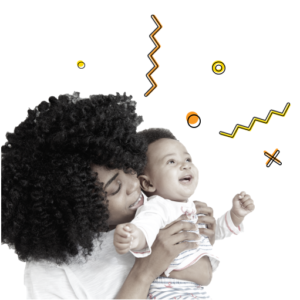 Home visiting interventions are seen to be some of the most effective treatments for families that have experienced trauma, or are facing the intergenerational effects of severe poverty, disadvantage, or attachment disruption. Minding the Baby is an intensive home visiting service for first time mothers, babies, and families living in poor, underserved, urban communities. The program starts during the second trimester of a mother’s pregnancy to help improve the developmental, health, and relationship outcomes for their children. It is only one of two certified evidence-based programs by the US Health Services and Research Administration.

This study illustrates the second phase in the Minding the Baby program. Researchers wanted to know if Minding the Baby could positively alter mentalization among young mothers so as to foster a stronger emotional connection between mother and child. A total of 156 mothers were recruited and then randomly assigned to either the intervention program or the comparison group. In addition to routine community health care, the intervention program group received a dedicated nurse and social worker support team that made weekly home visits for a total 27 months, from pregnancy up to the child’s second birthday. The comparison group received routine community health care without home visits.

Researchers found that the mothers who had received Minding the Baby were over two times as likely to be able to mentalize their child’s emotions when compared to the group that didn’t receive the intervention. What’s more— infants whose mothers participated in Minding the Baby also showed a more secure form of attachment compared to infants in the group that didn’t receive the intervention. Essentially, the intervention had significantly positive effects on both mother and child through the added support of a home visit team. 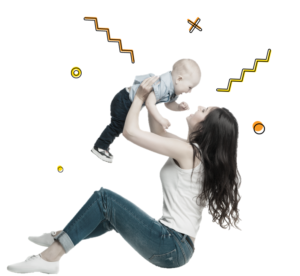 Infant mental health home visiting in the context of an infant—toddler court team: Changes in parental responsiveness and reflective functioning (2019)

When children are not able to form secure attachments in early childhood due to neglect or maltreatment, they are more vulnerable to experiencing developmental delays and untreated mental health problems. Infant Mental Health (IMH) was a term coined by Selma Fraiberg in the 1970’s, which is now seen in a variety of interventions that aim to meet the social and emotional needs of infants, toddlers and their families.

This is the first known study that taught mentalization techniques to parents whose children were under the court’s jurisdiction due to maltreatment. Michigan has three counties that have created child welfare court-teams, known as “Baby Court.” These teams include a science-informed jurist who is trained in clinical assessments, a child welfare caseworker, an IMH therapist, a court appointed guardian attorney, the parent’s attorney and the state attorney. This newly designed court-team concept was created within the last ten years with the intention of providing a greater array of support for parents; to ultimately increase reunification while reducing maltreatment. Up until this study, there has been little to no research conducted on their effectiveness.

For this evaluation, a total of 16 parents with at least one child under 3 involved in the court system completed the entire study. Parents and children were evaluated in a pre-test at the beginning of their IMH home-visit treatment with Baby Court, and then evaluated in a post-test around 9 months later— right before the intended court permanency planning hearing. Parents were interviewed and observed to see how they interacted with their children and if they displayed the ability to connect to their child through mentalizion.
Researchers found that over half of the parents showed a greater display of emotional and behavioral responsiveness after the relationship-based IMH home-visiting treatment. While more exploration into this treatment is necessary, this pilot study suggests that IMH home-visit programs can serve as an effective court treatment. 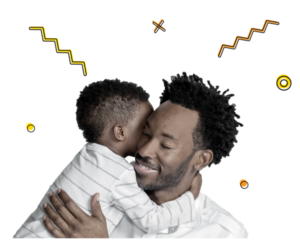 To better understand the cognitive, emotional, and social effects that fathers have on their children, researchers in this study beg the question: To what extent does Bowlby’s attachment theory (i.e., biology essentially pre-programs babies to want to form attachments to others as a means of survival) explain a father’s ability to mentalize his child’s thoughts and behaviors? And furthermore, what is the father’s role in helping his child learn to regulate their emotions to create a sense of stability?

A community sample of 77 socioeconomically and racially diverse fathers and their toddlers participated in this experiment. Fathers gave narrative accounts of their parenting, while their children were tested for levels of distress experienced during a difficult task.

This study found that when fathers had the ability to mentalize what their children were thinking and feeling, they displayed a greater level of social-emotional attachment with their toddlers. If this association was present in their relationship, it ultimately lowered the level of distress toddlers experienced when struggling through their task. Researchers also found that if fathers reported a lower family income but had a secure attachment with their child, their ability to empathize with their toddler served as a buffer to protect their child against adversity and/or maltreatment.

This is the first known study to explore whether a father’s ability to mentalize helps to protect their children against psychosocial stressors. Findings from this study also serve as  an important reminder not to discount the role of the father in providing essential lessons in empathy and resilience — something that we can all benefit from sharing more of with one another.