Home » About Us » Evaluating Texas’ child maltreatment prevention program, Project HOPES: What we learned and where we will go

Evaluating Texas’ child maltreatment prevention program, Project HOPES: What we learned and where we will go

Child abuse is a crisis in Texas. In 2015, there were 66,721 confirmed cases of child maltreatment in Texas and 113 child fatalities due to abuse and neglect. Over the past couple of years, Texas Institute of Child & Family Wellbeing has been collaborating with the Prevention and Early Intervention Division of the Texas Department of Family and Protective Services to conduct cross-site evaluation of Project HOPES: Healthy Outcomes through Prevention and Early Support (HOPES), a child maltreatment prevention initiative.

What is Project HOPES? 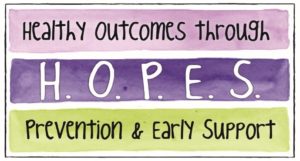 In 2013, the 83rd Texas Legislature increased funding for child abuse and neglect prevention programs that adhered certain parameters such as utilizing evidence-based community programs, focusing on children under age 18, implementing performance measures, and collaborating with private and public entities.

Project HOPES is a three-phase initiative (known as HOPES I, HOPES II, and HOPES III) that awards grants to Texas counties that are determined to be at-risk for child abuse and neglect. Implemented in 2014, each phase consists of eight counties, resulting in a total of 24 counties across Texas by 2017. To be eligible participate, counties were ranked based on child abuse and neglect fatalities, child poverty, substance abuse convictions and treatment facility admissions, domestic violence convictions, and teen pregnancy rates.  With the focus on enhancing community collaboration and building capacity on already established community programs, Project HOPES’ mission is to empower local communities and families through education, skills, and resources to prevent child abuse and neglect. After analyzing Project HOPES’ first year of implementation, we are excited to share with you what we have learned!

Who are in HOPES I?

During the first round of implementation of HOPES I, eight counties were awarded contracts. 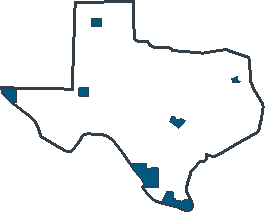 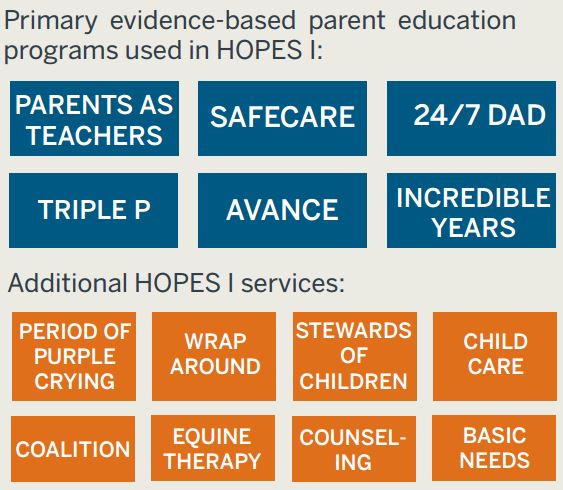 For the first round of Project HOPES we used a mixed-methods approach of collecting data that included:

Three major take aways we learned from the evaluation of HOPES I are: 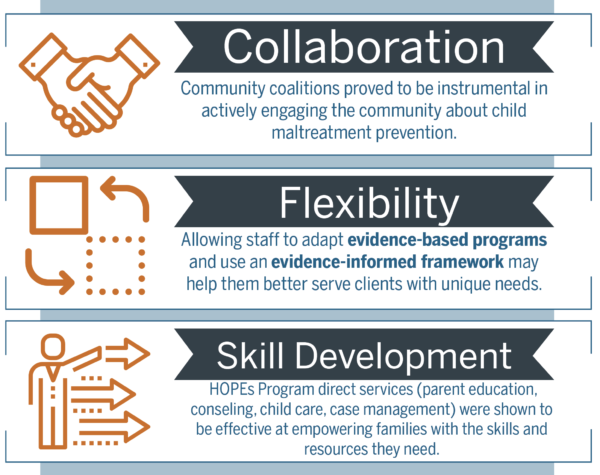 Our report outlines 8 recommendations. DFPS has already begun to implement some of our recommendations, such as providing more support and training to caseworkers on mental health and substance abuse, updating their databases that house CPS case records, and updating their subsequent contracts to expand Project HOPES programs to families. We hope our recommendations continue to be considered by DFPS’ and child welfare policy advocates during this current Texas legislative session. 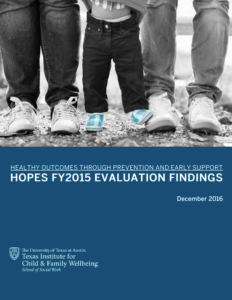 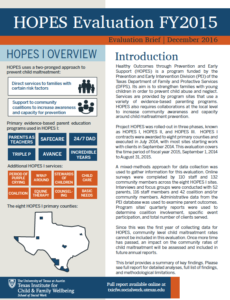 Read a 4-page brief of our evaluation here.